Art creates what policy cannot, a new vision forward. We honor the works of revered living visionaries with an award designed to emulate the legacy they desire to leave behind in our world.

TILFA recognizes the meritorious excellence of distinguished humanitarians that are leaving a lasting legacy in our world today. We are on a mission to Service Humanity through the most powerful art form – film. As we celebrate the courageousness of these momentous philanthropy missions, we exalt the past, present and future work ethics of these revered visionaries that have altered the course of the human race through their ingenuity, prophet thinking and kindness.

Every year, The International Legacy Film Academy hand selects distinguished global citizens that mirror the values of our organization and that of the world. 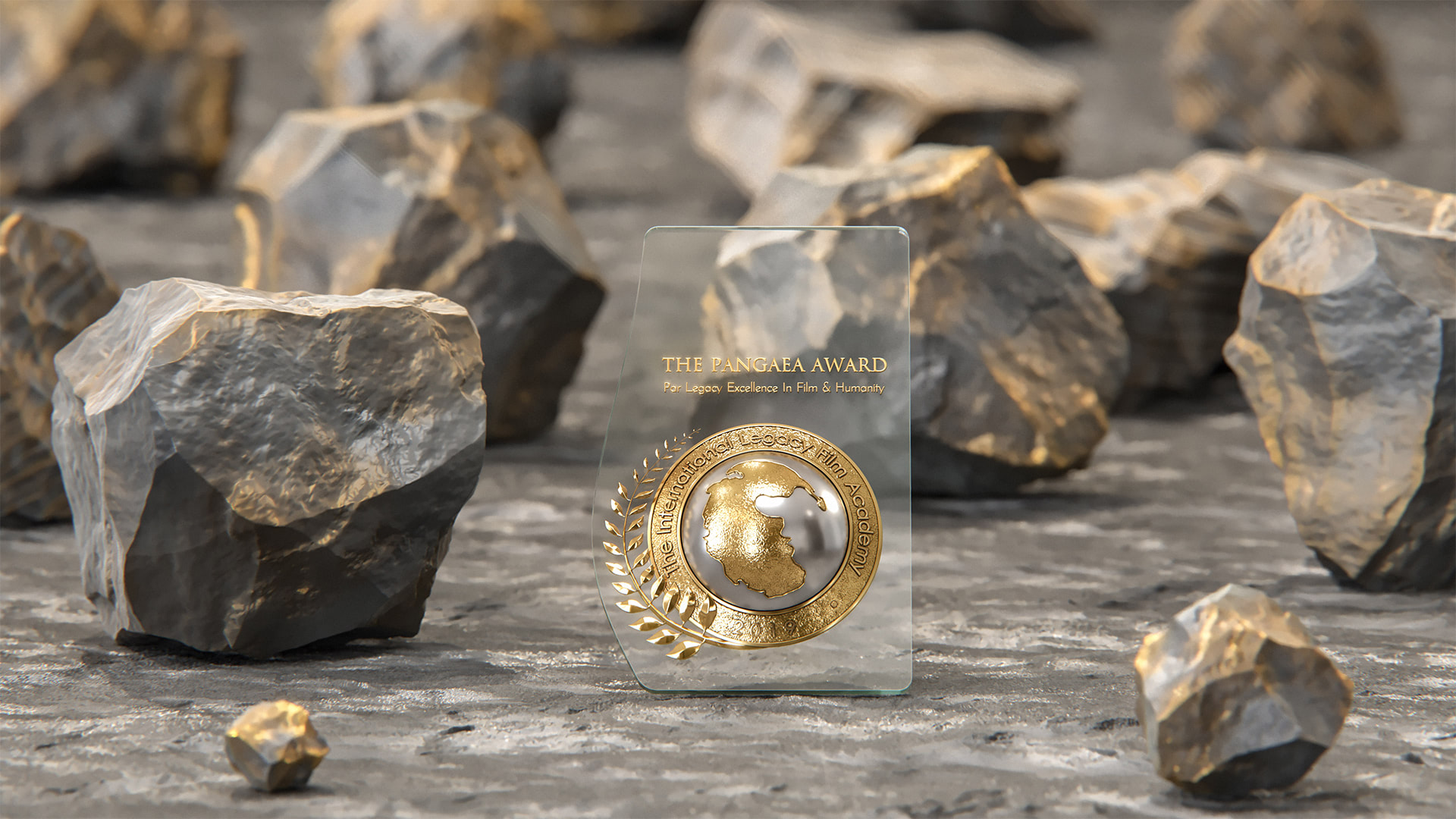 The Pangea Award par Legacy Excellence in Film and Humanity

The Story | Past. Present. Future

Once upon a time, about 250 million years ago, all of Earth’s continents were apart of one massive supercontinent called Pangaea, which was surrounded by a single ocean called Panthalassa. Pangaea was a supercontinent community and home to all things living free without borders. Pangaea rested on massive slabs of plate rocks that are always moving (even today) in a process called plate tectonics. One day, the plate tectonics started to shift causing Pangaea to break the supercontinent apart resulting in the separation of the super community to what we have today as our modern-day seven continents.

In acknowledgement of their Service to Humanity, on behalf of the most powerful art form in the world, we honor and celebrate the achievements, contributions and industrious efforts of meritorious legacy humanitarians that have progressively changed the face of our world with The Pangaea Award par Legacy Excellence in Film and Humanity.

Established in 2019, The Pangaea Award par Legacy Excellence is a symbol that “art creates what policy cannot, a new vision forward.” Through the performing arts and humanities, many humanitarians have surfaced utilizing their craft, celebrity iconic success, and esteemed industrious status to exact change in the world. The works of these iconic luminary figures breakdown the borders that may separate us. The successes of the recipients of this award are metaphorically shifting our landmasses back together – bringing our world to its original super community form.

We honor the work of these esteemed visionaries with an award designed to emulate the legacy they desire to leave behind in our world.

We honor those who have challenged the undefeatable odds to execute change where change seemed impossible. We celebrate those who are not swayed by the mighty powers preventing transformation to the needy. We exalt those who are relentless in volatile environments shifting change in the life pursuit of equal access, inclusion, freedom and liberty.

These are the high-esteemed mortal plate tectonic trailblazers of our era whose contributions have left a lasting legacy for generations to come. This is a modern award hosted by the millennial and future generation of professionals in the performing arts and humanities. 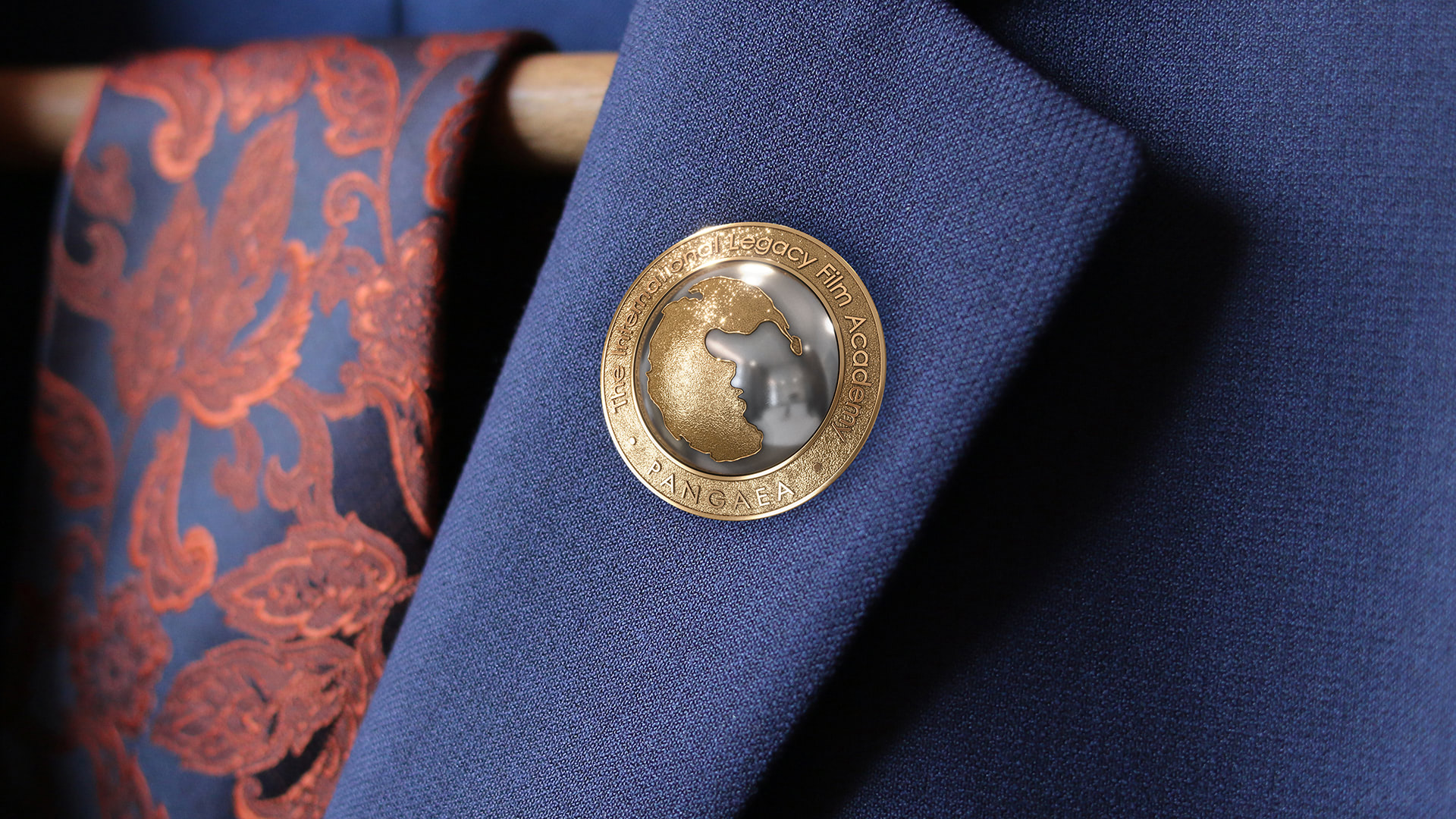 The Pangea Award Par Legacy Excellence in Film & Humanity award is a symbol of unity, solidarity, completeness, humanity, compassion and accountability. The spirit of the award is equally embraced by its priceless opulent elegance. Upon first glance, the award is strikingly exquisite as though it was refined from the pure elements of the Triassic and Jurassic Periods. Every inch of the Pangaea Award, whose motif is a direct representation of the Pangaea super community, is crafted to evoke its recipients dedication, excellence, prestige, unparalleled commitment and accountability. 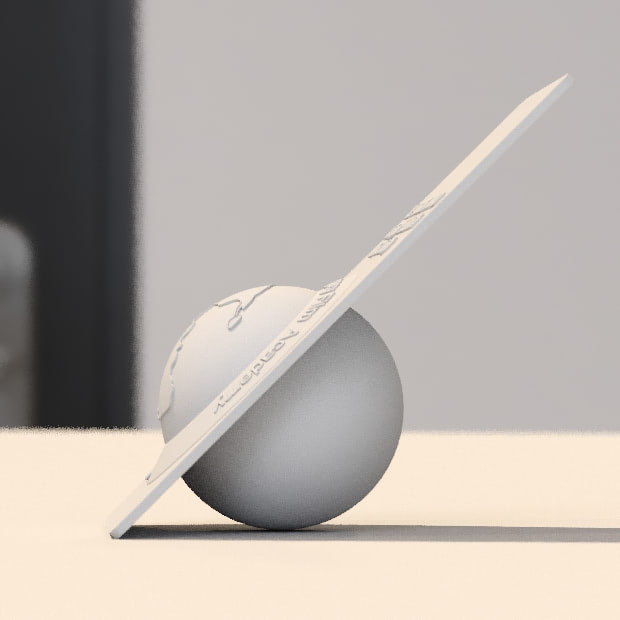 ‍Symbolizing the unparalleled timeless commitment to the action of service and humanity around the world, the Pangaea Award sits at an approximate 23.5 degrees to mirror the precise slant axis of Earth’s timeless orbital plane around our sun.

Recipients exemplify the meritorious commitment of excellence and contribution in a humanitarian achievement they have specifically founded from inception. Recipients must be active founders and board members of the organizations they oversee.
Bridging our Super Community

Millions of years ago, Pangaea was a super continent community where all things living shared one home on one landmass and continent. The Pangaea Award was conceptualized to honor the meritorious works of iconic luminary figures that seek to breakdown the borders that separate us and bridge our world to its original super community form.

The works of recipients are metaphorically shifting our landmasses back together. 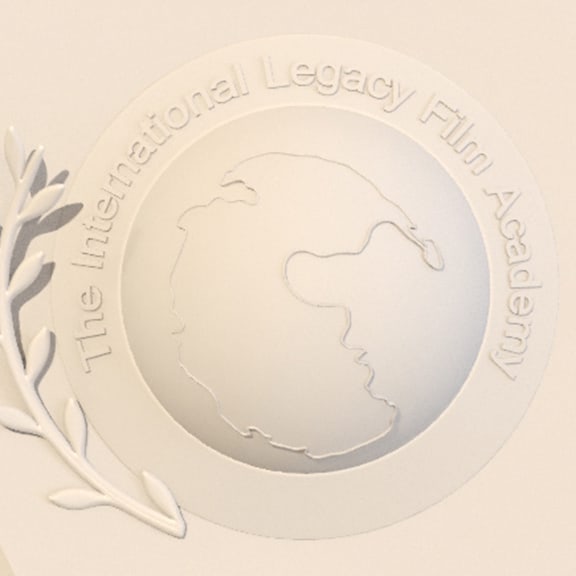 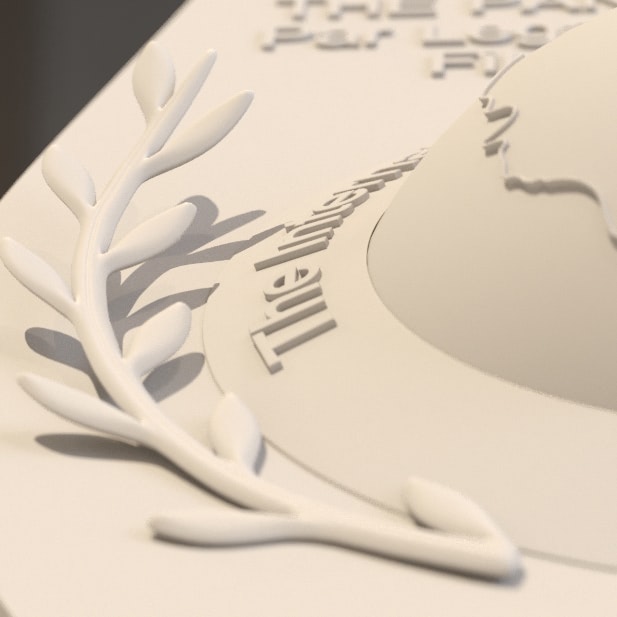 Throughout time, the Laurel has always been the triumphant symbol of peace, protection and achievement. In ancient times, the laurel was first symbolically officiated as the ‘bringer of peace’ (Pliny NH15.40) by Roman naval and army commander Gaius Plinius Secundus, a great Roman philosopher.

Recipients are bringers of peace. Exemplified in the mission and vision of their charitable works, the works of these iconic visionaries will leave a lasting legacy of peace that will transcend time to future generations. 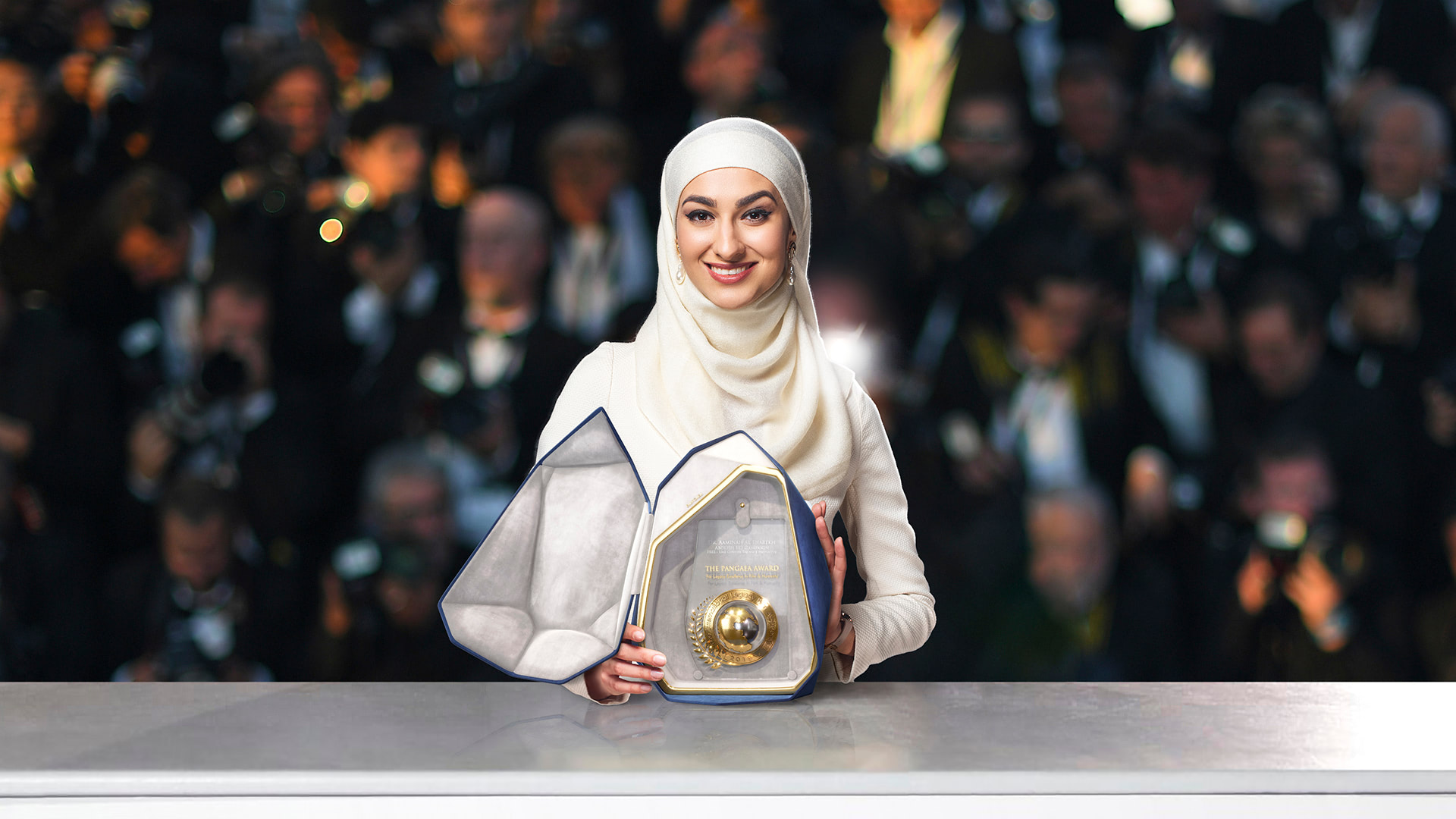 THE LEGACY OF PANGEA

In 1894, George Washington Carver, a famous American botanist coined a commonly overlooked phrase in a research epilogue on the best way to grow a forest:

...it is best to plant a sapling amongst the old-growth of older trees. This provides the sapling the greatest sustainable advantages. Planted amongst the senior trees, its roots take hold and follow the pathways created by the senior trees allowing them to implant themselves more deeply then the senior trees. Throughout time, the roots of all the trees in the forest community graft themselves together creating an elaborate, codependent foundation hidden beneath the ground. In this way, stronger trees share resources with weaker ones so that the whole forest becomes healthier.

This is the purposeful aim of the legacy of The Pangea Award.

The Pangaea Award is the first award presented to global humanitarians on behalf of the millennial and future generations. This is an accountability award which mirrors the values of inclusion, empathy, ambition, responsibility, transparency and ultimately – Legacy. The award is designed to serve as a legacy nexus between the humanitarian interconnections of our time, with the need to acknowledge and hold accountable the monumentous efforts of those who have come before us and make aware the responsibility to those who come after us.

Recipients accept the award in an exclusive one-on-one 60-minute interview entitled The Legacy Series. We select and honor those who have challenged the undefeatable odds to execute change where change is warranted and seemed impossible. The interview examines the valleys forged, mountains climbed, and monumentous heights conquered by the philanthropies iconic humanitarians.

Jean-Que is the visionary behind The Pangaea Award hosted by TILFA, of which, he is also Founder and CEO. Jean-Que is of Haitian decent and is familiar with the tragedies that plague the human race. With first hand experience from the island of Haiti, he firmly believes that our millennial generation has the sincere duty to uphold the legacies trail blazed by our current humanitarian leaders. “We must honor those who are living that are forever changing the human race of our world today. To continue the human legacy, we must acknowledge and pursue the path carved by our leaders, rise up against the odds and realize that they have provided us the opportunities to tower over the circumstances that trouble the human race.”

Marc Salomon is a humanistic storyteller determined to bring character-driven content to global audiences. An Emmy nominated director, Marc is passionate about exposing the authenticity behind the voices of hero’s that have overcome major obstacles. “...to us, story is everything, authenticity is the vehicle, and collaboration is the method.”

Some of the most compelling stories about art, music and sports, ever captured was done so by Marc Levy. Marc specifically seeks out projects about people, their lives, their passions, their trials, and their hopes. A multi-award winning cinematographer, Marc always try to make the imagery personal where his director of photography skills are unmatched and well sought-after. “...we bring our passion, experience, and sense for the genuine to everything we do.”

Marc and Marc are the founders of Indigenous Films, an Emmy nominated documentary production company that produced award-winning series such as Half Nelson, Blue Valentine and ESPN's The Life. The dynamic duo is celebrated within humanitarian circles as the production company of choice for their ability to capture the genuine essence of storytellers for any global audience. At Indigenous they believe in the power of the human spirit and in the power of dreams. They expose these powers through the freedom of stories. 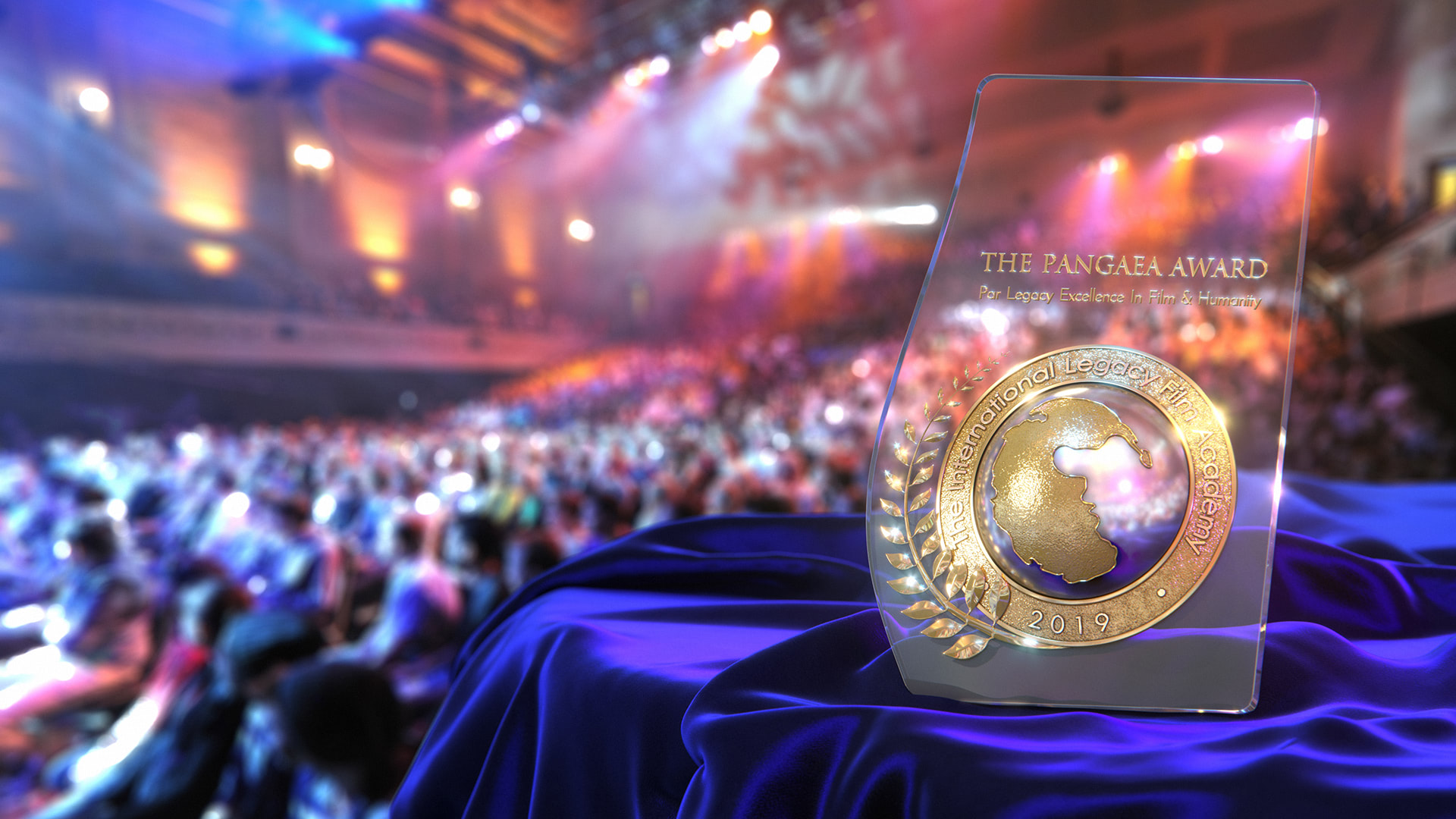 On behalf of the International Legacy Film Academy and the consent of the Honorable and Revered Trustees of Legacy and Legacy Film Academy members, acting on the commendation of the Global Executive Board of National and Regional Directors, we honor and exalt the following trailblazing meritorious humanitarians that have left a lasting legacy in our world today:

will be publicly announced on February 25, 2020 at the Skirball Cultural Center, Los Angeles, California.